This recipe will teach you how to make llapingachos. Llapingachos are Ecuadorian cheese stuffed potato patties that are crunchy on the outside and full of melty, cheesy goodness on the inside. All of the ingredients in this recipe are gluten free, vegetarian, nut free, and egg free. 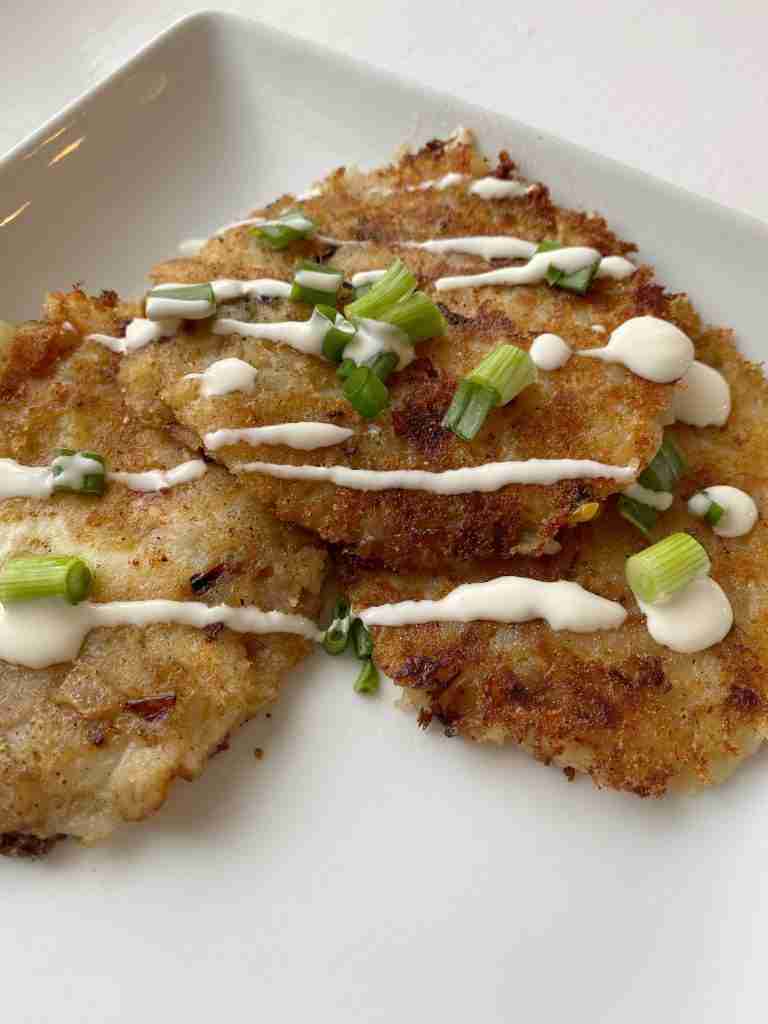 Peeling and boiling potatoes is one of the first steps in any recipe for llapingachos. I have a quick tip for anyone who is making llapingachos, or any other dish that requires you to peel and boil multiple potatoes. You are better off not using a potato peeler at all. It is much easier to boil the potatoes with their skins on and then remove the skins after the potatoes are done boiling. If you drag a fork along the outside of the boiled potatoes, the skins will fall right off.

I have had a few mishaps where my patties fell apart while I was cooking llapingachos. Here are a few tips for making sure you llapingachos do not fall apart when you cook them on the stove.

If you are having trouble flipping your llapingachos, you can try baking your patties instead. If you bake your llapingachos, flipping them is not strictly necessary. You can bake llapingachos for minutes 20-25 minutes at 400 degrees, or until the edges brown and crisp up. The texture won’t be quite the same if the patties are baked, but they will still be cheesy and delicious. 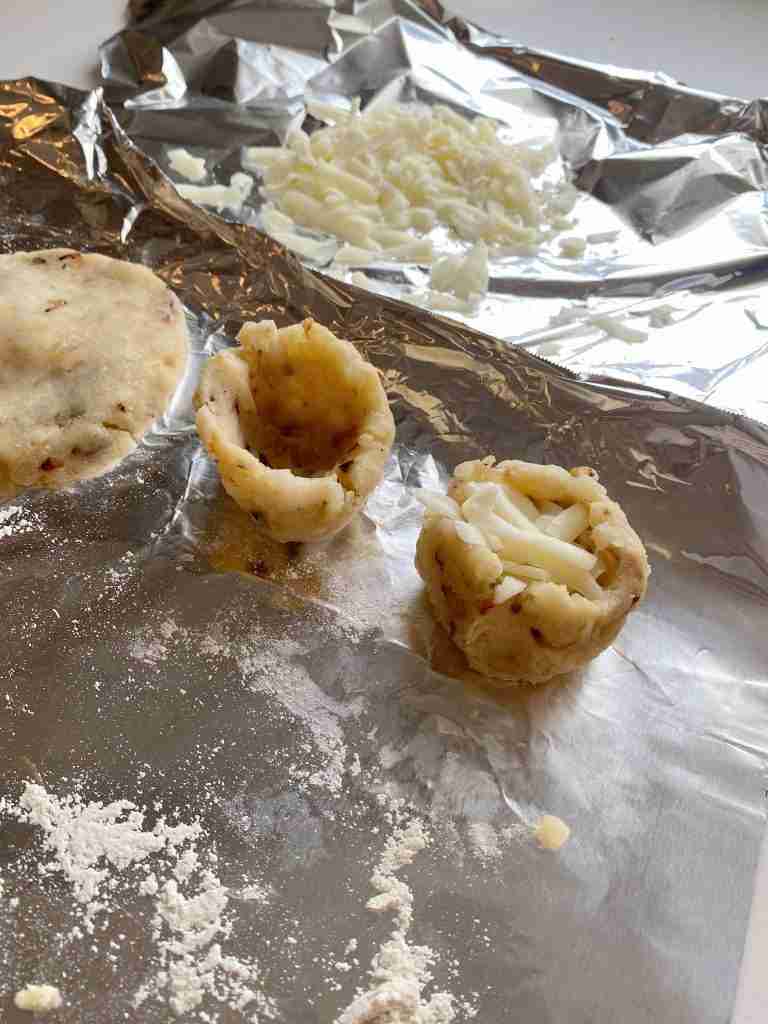 What are llapingachos served with?

Llapingachos are traditionally served on a full plate with a peanut sauce (salsa de mani) and other toppings such as fried egg, avocado, sausage, chorizo, and curtido. For the purposes of this post, I dressed my llapingachos with Mexican cream and green onions. 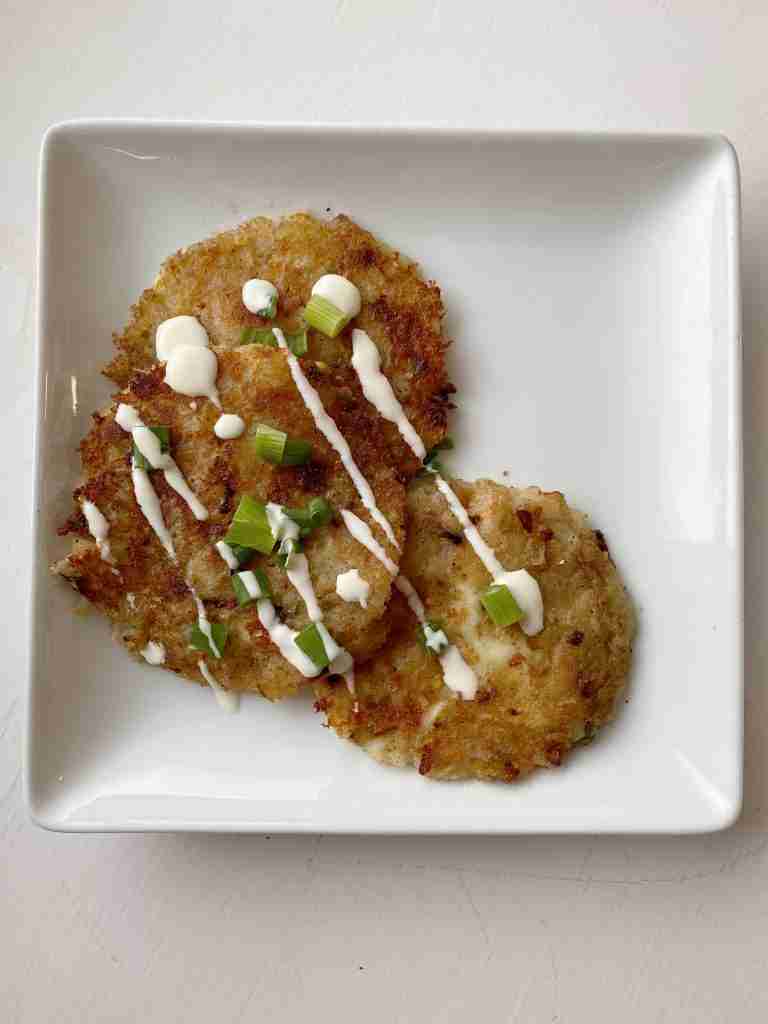 If your llapingachos start to tear and the cheese starts to spill out, do not get discouraged. You can always grab a little extra potato and use it to patch the hole. 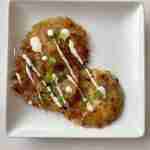