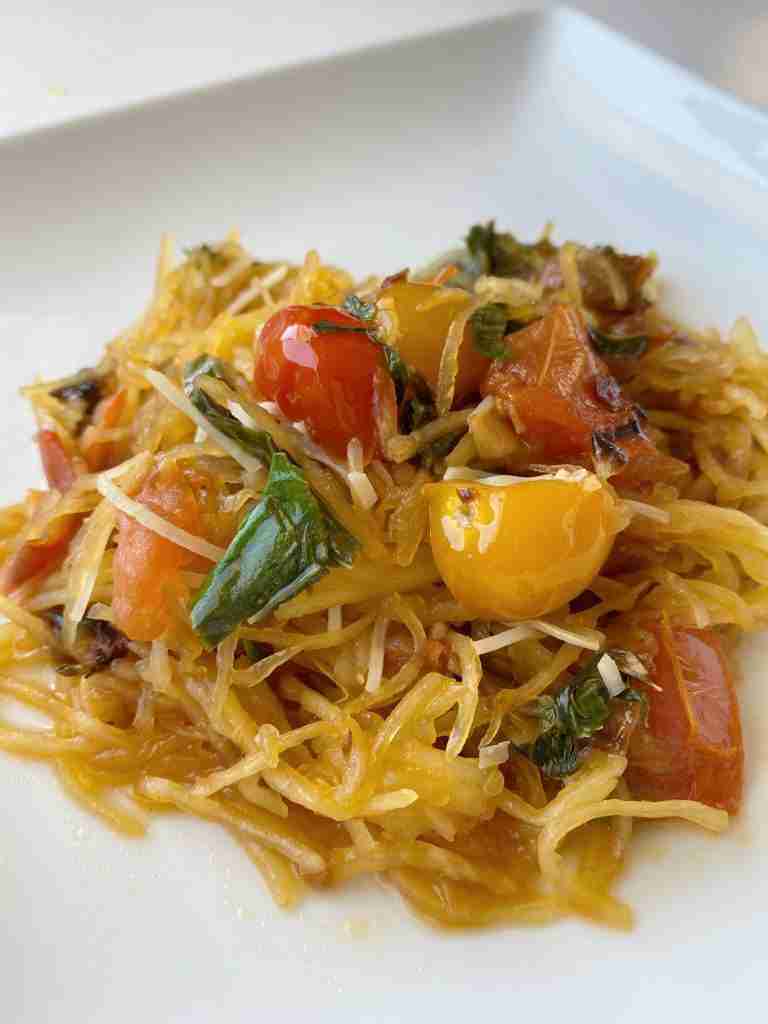 Preparing a spaghetti squash for the oven 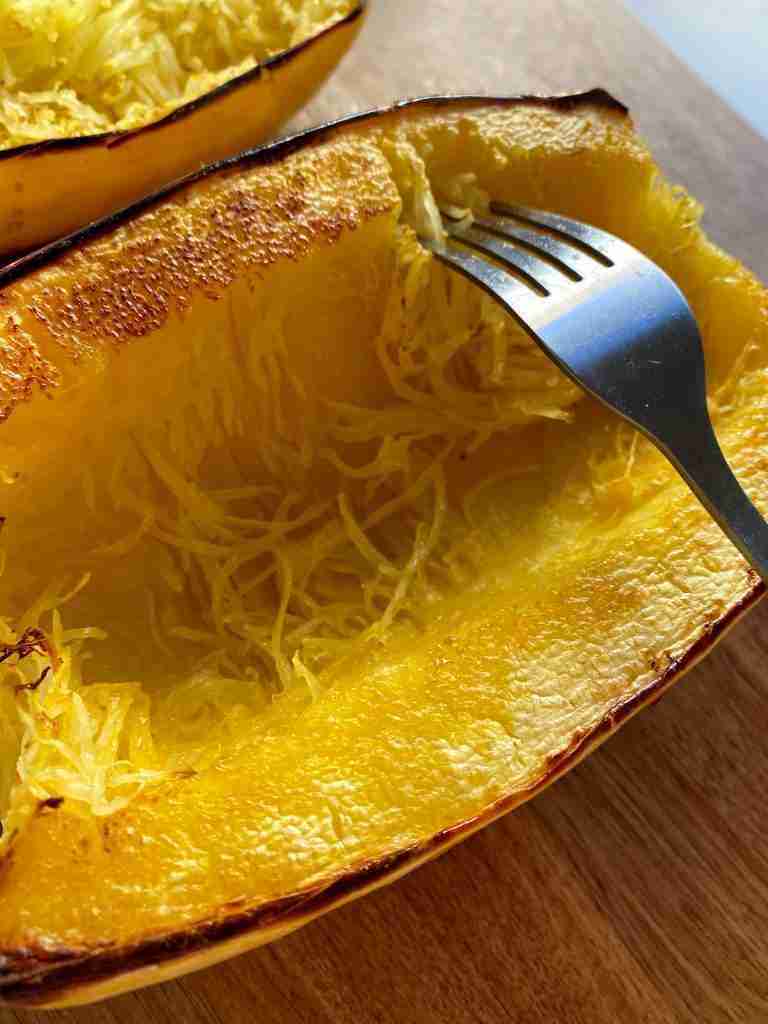 Roasting spaghetti squash in the oven 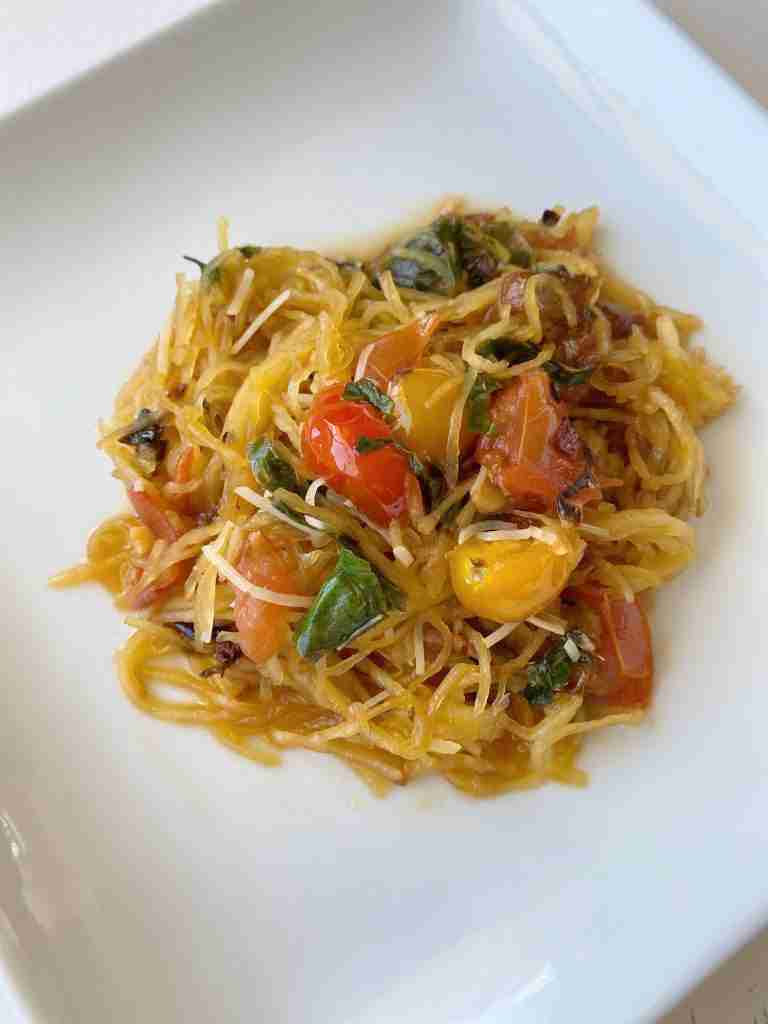 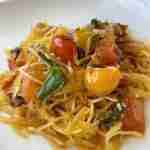 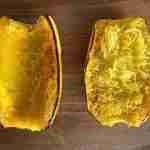 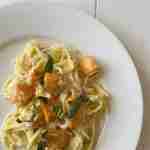 My spaghetti squash recipe turns squash into spaghetti. If you want to try adding squash to spaghetti, you should check out our recipe for alfredo pasta with butternut squash. I will warn that this recipe uses dairy and standard gluten free pasta so it is not vegan, keto, or paleo.